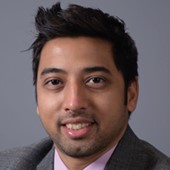 Cascade Pathology Services, a Sonic Healthcare Anatomic Pathology Practice, is privileged to include Taha Sachak, M.D., as a member of our medical staff.

Dr. Sachak has an exemplary academic and training background.

Dr. Sachak completed his postgraduate training at The Ohio State University Wexner Medical Center in Columbus, where he first completed a four-year residency in anatomic and clinical pathology, followed by a combined gastrointestinal, pancreatic, and hepatobiliary pathology fellowship.

During his academic career, Dr. Sachak was the recipient of many noteworthy honors and awards. He received the Anatomy Teaching Award at Ross University School of Medicine. He was later awarded the Gross Pathology Image of the Year, and the Academic Productivity Award at the Von Haam Award Ceremony in 2014 and 2016, respectively.

Dr. Sachak is board certified by the American Board of Pathology in anatomic and clinical pathology.