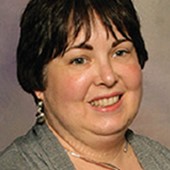 Cunningham Pathology, a Sonic Healthcare Anatomic Pathology Practice, is privileged to include Lorien A. Altadonna, M.D., as its cytopathologist and laboratory director. Dr. Altadonna has an impressive and extensive academic and medical professional background.

Upon concluding her postgraduate training, Dr. Altadonna began holding key positions across hospitals and practices in Georgia and Alabama. She was medical director of Higgins General Hospital in Bremen, Georgia, Tanner East Alabama in Wedowee, and Tanner Medical Center in Carrollton and Villa Rica, both of which are in Georgia. She was the auditor for the tumor registry of the Roy Richards Sr. Cancer Center while holding positions as an active member of the Tanner Health System Cancer Committee and Breast Leadership team. She then moved into her position as a staff pathologist with West Georgia Pathology where she also served as a staff cytopathologist, laboratory director, and managing director. She also holds position as a lead research member with the research institute for West Georgia Pathology.

Over the years, Dr. Altadonna has developed extensive academic and professional experience. She is an active member of the College of American Pathologists, the American Society for Clinical Pathology, and the Association for Molecular Pathology.

Dr. Altadonna holds full medical licensure and is board certified in anatomic and clinical pathology and cytopathology.