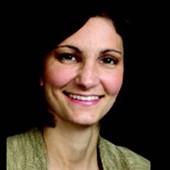 Brazos Valley Pathology, a Sonic Healthcare anatomic pathology practice, is pleased to include Karla Perrizo, M.D., to our medical staff. Dr. Perrizo brings with her extensive academic and professional experiences in anatomic pathology and gastrointestinal pathology.

Dr. Perrizo received her Bachelor of Science degree in Chemical Engineering from the University of Nevada in Reno, Nevada, where she graduated with honors. Subsequently, she attended the University of Texas Medical Branch in Galveston, Texas, earning her medical degree. She completed her training at Yale New Haven Hospital as an anatomic pathology resident before completing a genitourinary fellowship at Oppenheimer Urologic Reference Laboratory, followed by a gastrointestinal fellowship at GI Pathology in Memphis, Tennessee.

Dr. Perrizo launched her professional career working as a process engineer for Wyman Gordon in Reno, Nevada, and then a physician consultant at Harmonyx in Memphis, Tennessee. She later advanced into leadership roles, serving as a genitourinary pathologist and medical director for the practice of Dr. William Van Bingham in 2011 and The Urology Group in 2014. Dr. Perrizo also served in the same capacity for GI Pathology/Polar Healthcare’s various divisions. She has spent the latter part of her career at Choice Cancer Center in Irving, Texas, Jackson Urological Associates in Jackson, Tennessee, and North Dallas Urology Associates in Plano, Texas as a director of genitourinary pathology.

Dr. Perrizo is currently furthering her education and training at the University of Mississippi Medical Center. She is pursuing an Executive Master of Science degree, focusing on Population Health, and completing a clinical pathology residency.

Dr. Perrizo holds medical licensure in the states of Florida, Mississippi, Tennessee, and Texas. In addition, she is board certified in anatomic pathology by the American Board of Pathology.

Dr. Perrizo has contributed to The American Journal of Forensic Medicine and Pathology, writing about her findings on infant deaths autopsied under the auspices of the Galveston County Medical Examiner Office. She has also presented at the 2004 National Association of Medical Examiners Meeting in Nashville, Tennessee.