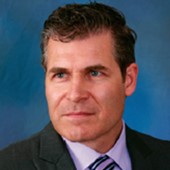 University Pathologists, a Sonic Healthcare Anatomic Pathology Practice is privileged to include James R. Carlsten, M.D., to its dynamic medical staff. Dr. Carlsten has an impressive and extensive teaching and medical professional background.

Dr. Carlsten earned a Bachelor of Science degree in nutritional sciences with a concentration in nutritional biochemistry from Cornell University in Ithaca, New York. Subsequently, he earned his medical degree from Brown University in Providence, Rhode Island. He completed his anatomic and clinical pathology residency at the Brown University Medical School, while serving as chief resident in his final year. He later completed a gastrointestinal pathology fellowship at the Rhode Island Hospital of Brown University Medical School before concluding his postgraduate training.

Over the years, Dr. Carlsten has developed extensive professional and teaching experience. He has held active teaching positions as a member of the staff of Brown Alpert Medical School in Providence. He served as an assistant clinical professor of pathology and laboratory medicine, as well as a laboratory pathology instructor. He gave lectures on liver diseases and was the course co-director of gastroenterology courses as part of the medical school curriculum. He has been awarded the Dean’s Excellence in Teaching Award. He has also taught at various hospitals across Rhode Island, such as the Memorial Hospital of Rhode Island, and the Rhode Island Hospital.

Dr. Carlsten has authored and coauthored abstracts and articles that have been published in peer-reviewed medical journals. He has delivered numerous oral and poster presentations at professional medical conferences and has frequently spoken at scholarly meetings and teaching hospitals. He has been honored with various academic achievements and holds several professional medical licenses, certifications, and publications, in addition to his extensive research. He is an active member of the College of American Pathologists, American Medical Association, and the American Society for Clinical Pathology.

Dr. Carlsten holds full medical licensure and is board certified in anatomic and clinical pathology.