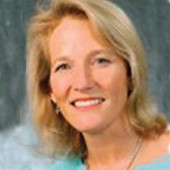 After completing an internal medicine internship, Dr. Rader served a two-year residency in anatomic and clinical pathology, both at the University of Nebraska Medical Center. She later completed both a pathology residency and a cytopathology fellowship from the Case Western Reserve University School of Medicine in Cleveland, Ohio.

Dr. Rader has also been the recipient of numerous awards and honors, including the Informatics Award from the College of American Pathologists and the First Place Prize in the Resident Paper Competition from the Cleveland Society of Pathology. She won the Faculty Excellence in Teaching Award five years in a row for her work with fellowship students during her time at Oregon Health Sciences University.

Dr. Rader is a fellow member of the American Society of Clinical Pathologists, the College of American Pathologists, and the United States and Canadian Academy of Pathology, in addition to being a member of four other professional medical organizations. She holds full medical licensure in the states of Oregon and Washington and is board certified by the American Board of Pathology in anatomic and clinical pathology and cytopathology.

Dr. Rader has coauthored 23 articles and book chapters for peer-reviewed journals and textbooks. She has also published and presented dozens of abstracts and posters, and has been invited to speak at numerous international, national, and regional medical society meetings.