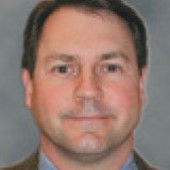 Cunningham Pathology, a Sonic Healthcare anatomic pathology practice is privileged to include Jonathan Gregory Phillips, M.D., as a valued member of our medical staff. Dr. Phillips has extensive professional experience with an impressive academic background.

Dr. Phillips graduated from Birmingham Southern College in Alabama with a Bachelor of Science degree in biology. He then received his medical degree from the University of Alabama Birmingham School of Medicine.

Following an internal medicine internship, Dr. Phillips served a four-year anatomic and clinical pathology residency, both at the Baptist Medical Centers in Birmingham, Alabama. He went on to complete a hematopathology fellowship at the University of Alabama at Birmingham.

Since completing his postgraduate training, Dr. Phillips has garnered considerable professional experience in hospitals and practices across Alabama. He has been Courtesy Staff and Consulting Staff at over a dozen hospitals, including Cullman Regional Medical Center, Gadsden Surgery Center, and St. Vincent’s East in Birmingham, the latter of which he served as Medical Director. He was also Medical Laboratory Director of Russell Hospital in Alexander City before joining the staff of Cunningham Pathology, where he has served as a Staff Pathologist since 1999.

Dr. Phillips is a Fellow of the American Society for Clinical Pathology and belongs to four other professional medical organizations, including the American Medical Association and the College of American Pathologists. He holds full medical licensure in the state of Alabama and is board certified in anatomic and clinical pathology and hematopathology by the American Board of Pathology.

Dr. Phillips has had the results of his research published as articles in peer-reviewed medical journals. He has also presented lectures at hospitals and universities.