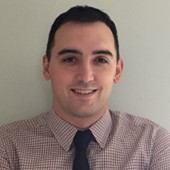 LMC Pathology Services, a Sonic Healthcare Anatomic Pathology Practice is privileged to include Matthew Muscara, M.D., as a member of our medical team. Dr. Muscara has extensive professional experience with an impressive academic and military background.

Dr. Muscara graduated magna cum laude with a Bachelor of Science degree in chemistry from Ursinus College in Collegeville, Pennsylvania. Subsequently, he earned his medical degree from the F. Edward Hebert School of Medicine at the Uniformed Services University of the Health Sciences in Bethesda, Maryland. He completed a four-year anatomic and clinical pathology residency at the Madigan Army Medical Center in Joint Base Lewis-McChord, Washington, where he served as chief resident in his final year. He proudly served as a major in the United States Air Force Medical Corps, where he was honored with the United States Air Force Commendation Medal in 2016 and 2019.

Dr. Muscara began his professional career at the Seymour Johnson Air Force Base laboratory, where he served as a laboratory medical director while also working as a staff pathologist for the USAF Hospital Langley in Langley Air Force Base, Virginia. After two years of employment, he transitioned to the Mike O’Callaghan Military Medical Center at the Nellis Air Force Base in Las Vegas, Nevada, where he held key positions. He was medical director of transfusion services, chairman of tumor board and cancer committee, and staff pathologist.

Dr. Muscara has been awarded twice for his leadership during his postgraduate training, receiving the Resident Teacher of the Year Award consecutively from the Madigan Army Medical Center. He also co-authored two articles for peer-reviewed journals as well as a book chapter. He is a member of the United States and Canadian Academy of Pathologists.

Dr. Muscara holds full medical licensure and is board certified and recognized as a diplomate in anatomic and clinical pathology.