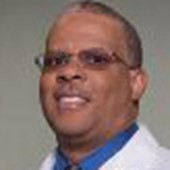 Trinity Pathology Associates, a Sonic Healthcare anatomic pathology practice is privileged to include Antoine P. Washington, M.D., as a member of our medical staff. Dr. Washington has extensive hospital and professional experience with an impressive academic background.

Dr. Washington graduated with a bachelor’s degree from Princeton University in New Jersey. He then received his medical degree from the New York Medical College in Valhalla.

Following a family practice internship at St. Peter&Rsquo's Medical Center in New Brunswick, New Jersey, Dr. Washington served a four-year anatomic and clinical pathology residency at the Naval Medical Center in Portsmouth, Virginia. He went on to complete a cytopathology fellowship at the San Antonio Uniformed Services Health Education Consortium in San Antonio, Texas as part of a combined program with the Brooke Army Medical Center and the Wilford Hall Medical Center.

During his postgraduate training and into his professional career, Dr. Washington served in a series of key positions as part of a career spanning over three decades. He was a General Medical Officer at the US Army bases in Ludwigsburg, Germany, and Camp Humphreys, South Korea. He served as Staff Pathologist at the Naval Medical Center in Portsmouth, where he was later Medical Director. He was also Medical Director of the Naval Ambulatory Care Center in Groton, Connecticut, the National Naval Medical Center in Bethesda, Maryland, and the Walter Reed National Military Medical Center. He is currently a Staff Pathologist at Trinity Pathology, where he has served for over a decade.

Dr. Washington is a Fellow of the College of American Pathologists. He currently holds full medical licensure in the states of Kentucky, Texas, and Virginia, and he is board certified by the American Board of Pathology in anatomic and clinical pathology and cytopathology.

Dr. Washington has had the results of his research efforts published as abstracts and articles in peer-reviewed medical journals.