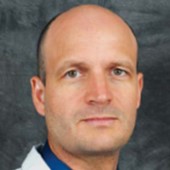 Global Pathology, a Sonic Healthcare Dermatopathology Practice, is privileged to include Laszlo J. Karai, M.D., Ph.D., as a member of its dynamic medical staff. Dr. Karai has an extensive academic and medical professional background.

Dr. Karai relocated to the United States to continue his training at the National Institutes of Health (NIH) in Bethesda, Maryland, where he started a Ph.D. in molecular neuroscience. Dr. Karai’s findings on the pathomechanisms of pain led to several high-impact scientific publications, thus resulting in a clinical trial on the treatment of intractable pain at the National Cancer Institute (NCI).

Dr. Karai re-trained in pathology with Dr. Elaine S. Jaffe at the laboratory of pathology of the NCI and gained experience in the diagnosis of cutaneous lymphoproliferative diseases, soft tissue pathology, and in various dermatopathological conditions. He continued his training in dermatopathology focusing on hair pathology with a fellowship program at the Cleveland Clinic Foundation with Dr. Wilma F. Bergfeld, thus concluding his postgraduate training.

Upon completion of his postgraduate training, Dr. Karai held the position of clinical associate at Cockerell and Associates in Dallas, Texas. He moved into his position as the acting chair of the International Partnering Committee (IPC) of the American Society of Dermatopathologists. Dr. Karai has extensive teaching experience in dermatopathology with special interests in cutaneous lymphomas, soft tissue tumors, pigmented lesions, inflammatory dermatoses, and teledermatopathology. He served in an impressive series of key appointments within both the academic and clinical pathology arenas and has two U.S. patents pending as the co-inventor of two scientific medical procedures.

Over the years, Dr. Karai has developed extensive professional, research, and medical experience. He holds medical research publications and articles in peer-reviewed medical journals as well as numerous abstracts. He is an active member of the American Society of Dermatopathology, American Academy of Dermatology, College of American Pathologists, United States and Canadian Academy of Pathologists, and the International Society of Dermatopathology.

Dr. Karai holds full medical licensure and is board certified in anatomic pathology, and dermatopathology.