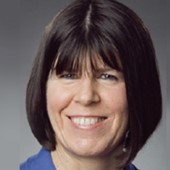 Pathology Associates of Princeton, a Sonic Healthcare Anatomic Pathology Practice, is pleased to include Eileen M. Shanahan, M.D., as a member of its dynamic medical staff. Dr. Shanahan has an extensive academic and medical professional background.

During her postgraduate training and into her professional career, Dr. Shanahan served in a variety of teaching positions at the Cornell University Medical Center. She began as a gross pathology laboratory instructor, and was later a pulmonary pathology lecturer, small group facilitator, and co-director of the related courses. She went on to become an assistant professor of pathology, as well as an attending pathologist. Since 2006, she has worked with Pathology Associates of Princeton as a staff pathologist.

Dr. Shanahan holds full medical licensure and is board certified in anatomic pathology.