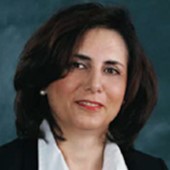 Bernhardt Laboratories, a Sonic Healthcare anatomic pathology practice is privileged to include Sumra Rathore, M.D., as our medical director and head pathologist. Dr. Rathora brings with her a wealth of professional experience

Dr. Rathore earned her medical degree from Fatima Jinnah Medical College in Lahore, Pakistan. Subsequently, she relocated to the United States and earned her Masters in Public Health from St. Louis University in Missouri. She began her postgraduate training at the University of Florida/College

of Medicine, where she completed a pathology residency and served as chief resident during her last year. Here, she also concluded her surgical pathology fellowship.

Prior to joining Bernhardt Laboratories, Dr. Rathore began her career at
the prestigious Jacksonville Baptist Medical Center in Florida, serving as cytologist and surgical pathologist for several years. In her present role,
she is fully committed to maintaining Bernhardt Laboratories’ 30-year reputation as the provider of unsurpassed histology and cytology services. Her knowledge, expertise, and record of achievement as a pathologist have earned her widespread trust, respect, and acclaim on the part of colleagues and patients alike.

Dr. Rathore has been honored with the 2009 and 2010 Best Doctors in America award for her professional contributions. Her research efforts have been published in a range of prestigious scientific journals. She has full medical licensure in the State of Florida and is board-certified in anatomic and clinical pathology and a diplomate of the American Board of Pathology.