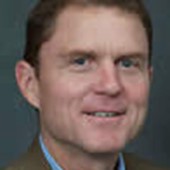 Consultants in Laboratory Medicine, a Sonic Healthcare anatomic pathology practice is privileged to include Gene Richard, M.D., as a member of our medical staff. Dr. Richard has extensive professional experience with an impressive academic background.

Dr. Richard graduated from the University of Toledo in Ohio with his bachelor’s degree in chemistry. He earned his medical degree from The Ohio State University in Columbus before serving a three-year pathology residency at the Medical University of South Carolina in Charleston.

Dr. Richard went on to complete consecutive surgical pathology fellowships: first at the Memorial Hospital for Cancer & Allied Diseases, and then at the Memorial Sloan-Kettering Cancer Center, both in New York City (for the latter, he served as Chief Fellow). He then finished a combined surgical pathology and cytopathology fellowship (also as Chief Fellow) at the North Shore University Hospital of the Cornell University Medical College in Manhasset, New York.

Dr. Richard is a Fellow of the College of American Pathologists. He is also a member of The Academy of Medicine of Toledo and Lucas County and the Ohio State Medical Association. He holds full medical licensure in the states of Michigan and Ohio, and he is board certified in anatomic and clinical pathology by the American Board of Pathology.

Dr. Richard has had the results of his research efforts published as abstracts and articles in peer-reviewed medical journals.