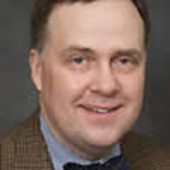 Consultants in Laboratory Medicine, a Sonic Healthcare anatomic pathology practice is privileged to include Gregory Prince, M.D., as a member of our medical staff. Dr. Prince has extensive hospital and professional experience with an impressive academic background.

Dr. Prince went on to serve a four-year anatomic and clinical pathology residency at the University Hospitals of Cleveland in Ohio, during which he won first place at the American Society of Clinical Pathologists Resident’s Competition. He then completed a hematopathology fellowship at the University Hospitals of Cleveland, followed by a surgical pathology fellowship at the MetroHealth Medical Center in Cleveland.

Since concluding his postgraduate training, Dr. Prince has garnered considerable professional experience in hospitals and universities across Ohio. He worked as a Staff Pathologist at the People’s Hospital in Mansfield, Dunlap Memorial Hospital in Orville, Knox Community Hospital in Mount Vernon, and Toledo Hospital of the ProMedica Health System. For the latter, he served as Laboratory Director for both the flow cytometry laboratory and the hematology laboratory. He was also Clinical Assistant Professor at the Medical College of Ohio. He has worked with Consultants in Laboratory Medicine for over 20 years.

Dr. Prince belongs to five professional medical organizations, including the American Society of Hematology and the United States and Canadian Academy of Pathology. He is also a member of the Aurora Diagnostics Hematopathology Council. He holds full medical licensure in the states of Michigan and Ohio, and he is board certified in anatomic and clinical pathology and hematology by the American Board of Pathology.

Dr. Prince has coauthored more than three dozen abstracts and articles that have subsequently been published in peer-reviewed medical journals. He has also delivered many oral and poster presentations at professional medical conferences.

The College of the University of Chicago (AB), Chicago, IL