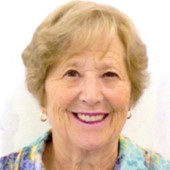 Western Pathology, a Sonic Healthcare anatomic pathology practice is privileged to include Mindy E. Cooper-Smith M.D., as a member of our medical staff. Dr. Cooper-Smith has extensive hospital and professional experience with an impressive academic background.

Dr. Cooper-Smith has extensive hospital and leadership experience spanning over 30 years and across three states including serving as Laboratory Director for a number of medical centers and hospitals.

Dr. Cooper-Smith currently holds full medical licensure in the states of California, Nevada, and Arizona. She is board certified by the American Board of Pathology in Anatomic and Clinical Pathology. She holds special qualifications in Blood Banking as well.

Dr. Cooper-Smith is a member of five medical professional associations, including the American Society of Clinical Pathologists and the American College of Blood Banks.

Dr. Cooper-Smith has received a number of awards and honors including Excellent in Teaching Award from University of Southern California Keck School of Medicine and the National Merit Scholar award.