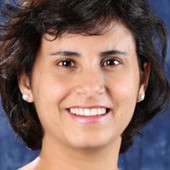 Brazos Valley Pathology, a Sonic Healthcare anatomic pathology practice is privileged to include Rania Cannaday, M.D., as a member of our medical staff. An award-winning pathologist, Dr. Cannaday brings with her a wealth of knowledge, exemplary of her extensive medical training and noteworthy professional background.

Dr. Cannaday graduated with a Bachelor of Arts degree in molecular and cell biology, with an emphasis in development, from the University of California at Berkeley, during which time she was on the Dean’s Honors List. From here, she went on to attend the University of Texas Health Science Center at Houston Medical School, where she earned her medical degree. Here, she later served a pathology residency, during which she was Chief Resident in her final year.

During this residency, Dr. Cannaday won two distinguished awards for her poster presentations at the poster competition of the Texas Society of Pathologists MD Residents’ Seminar: the Third Place Award in 2006, and the First Place Award in 2007.

Dr. Cannaday went on to complete her fellowship in selective surgical pathology at the M.D. Anderson Cancer Center in Houston, Texas. Upon completing her postgraduate training, she began working as a Staff Pathologist at the Baylor University Medical Center in Houston, a position she has held for over a decade. She has since worked with Brazos Valley Pathology, where she currently serves as Staff Pathologist.

Dr. Cannaday belongs to the College of American Pathologists and the American Society of Clinical Pathology. She holds full medical licensure in the state of Texas, and she is board certified in anatomic and clinical pathology by the American Board of Pathology.

In addition to her award-winning poster presentations, Dr. Cannaday has given numerous other posters/platform presentations at professional society meetings and has co-authored numerous publications.