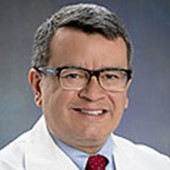 DermDX New England, a Sonic Healthcare Dermatopathology Practice is privileged to include Adriano Piris, M.D., as a member of our medical staff. An accomplished presenter, teacher, researcher and practitioner, Dr. Piris brings a wealth of experience, knowledge, and achievements to our practice.

Dr. Piris has since held a series of key positions at laboratories and universities. He has instructed medical students and residents at the Harvard Medical School for over ten years, where he currently serves as assistant professor of dermatology. He is co-director of the Mihm Cutaneous Pathology Consultative Service in Boston, a position he holds concurrently to his role at DermDX New England.

Dr. Piris belongs to four professional medical societies, such as the College of American Pathologists and the International Academy of Pathology. He holds full medical licensure in eight states, including Florida, Massachusetts, Ohio, and Virginia. He is board certified in dermatopathology and anatomic pathology.

Dr. Piris has contributed extensively to the current understanding of the immune response in primary and metastatic cutaneous melanoma. The results of his research efforts have been culminated in articles published in peer-reviewed medical journals. He is also an ad-hoc reviewer for three such journals, including the Journal of Cutaneous Pathology, and has frequently been an invited speaker at national and international conferences.