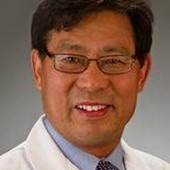 Consultants in Laboratory Medicine, a Sonic Healthcare anatomic pathology practice is privileged to include Rongjun Guo, M.D., Ph.D., as a member of our medical staff. Dr. Guo has extensive hospital experience with a remarkable international education and teaching background.

Dr. Guo received his medical degree from Zhengzhou University in China, where he subsequently served as an Internal Medicine Physician. He then graduated from the Beijing Medical University in China with his Master of Science degree in anatomic pathology. He received his Ph.D. in molecular pathology from Hamamatsu University in Japan as a Visiting Research Scholar before relocating to the United States for his postgraduate training.

Upon concluding his medical education, Dr. Guo began serving as an Assistant Professor of Pathology and a Staff Pathologist at the University of Alabama at Birmingham, where he worked for four years. He has since worked as a Staff Pathologist with Consultants in Laboratory Medicine.

Dr. Guo is a member of the American Society for Clinical Pathology, the Association of Molecular Pathology, and the United States and Canadian Association of Pathologists. He currently holds full medical licensure in Maryland, Michigan, New York, Ohio, Virginia and Washington, DC. He is board certified by the American Board of Pathology in anatomic and clinical pathology and molecular genetic pathology.

Dr. Guo has coauthored nearly two dozen abstracts, articles, and book chapters that have subsequently been published in peer-reviewed medical journals and textbooks. He has also delivered numerous oral and poster presentations at professional medical conferences.