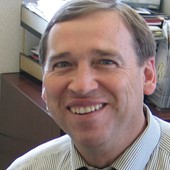 CytoPath, a Sonic Healthcare anatomic pathology practice is privileged to include Travis Eugene Kidd Jr., M.D., as a member of our medical staff. Dr. Kidd has extensive hospital and professional experience with an impressive academic background.

Dr. Kidd went on to complete a four-year anatomic and clinical pathology residency at the Vanderbilt University Medical Center, during which he served as Chief Resident in his final year. Here, he later finished a surgical pathology fellowship.

Dr. Kidd is a Fellow of the American Society for Clinical Pathology and the College of American Pathologists, and also belongs to the Baptist Medical Dental Fellowship. He holds full medical licensure in the state of Alabama, and he is board certified in anatomic and clinical pathology by the American Board of Pathology.