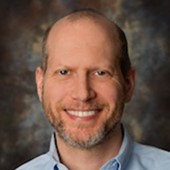 Laboratory of Dermatopathology, a Sonic Healthcare Dermatopathology Practice, is privileged to include Seth Rosenthal, M.D., as a member of our medical staff. Dr. Rosenthal has extensive professional experience with impressive academic training.

Dr. Rosenthal earned a Bachelor of Arts degree from the University of Pennsylvania in Philadelphia. Subsequently, he completed a premedical post baccalaureate program at Columbia University in New York City before earning his medical degree from Albany Medical College in New York.  He then went on to complete his anatomic and clinical pathology residency at Albany Medical Center. He later completed his surgical pathology fellowship and a dermatopathology fellowship, both at the University of Texas M.D. Anderson Cancer Center in Houston.

Upon concluding his postgraduate training, Dr. Rosenthal relocated to Tampa, Florida, where he served as a staff dermatopathologist at Freepath and Quest Diagnostics before becoming owner and medical director of Skin Path Services. He later became a medical director of the Newton Laboratory branch of Miraca Life Sciences/Inform Diagnostics in Massachusetts, and assistant professor of dermatology at Tufts University. He worked with Atlanta Dermatopathology prior to joining Laboratory of Dermatopathology as a staff dermatopathologist.

Over the years, Dr. Rosenthal has developed extensive academic and professional experience. He holds medical research publications, articles, and abstracts in peer-reviewed medical journals, in addition to giving oral and poster presentations at national medical conferences. He is an active member of the College of American Pathologists, American Academy of Dermatology, American Society of Dermatopathology, American Society for Clinical Pathology, and the United States and Canadian Academy of Pathology.

Dr. Rosenthal holds full medical licensure and is board certified in anatomic and clinical pathology, and dermatopathology.