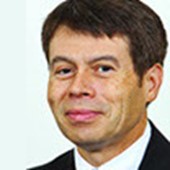 Brazos Valley Pathology, a Sonic Healthcare anatomic pathology practice is privileged to include Oscar Lazcano, M.D., as a member of our medical staff. Dr. Lazcano has extensive hospital experience with an impressive academic background.

Dr. Lazcano received his medical degree from the Autonomous University of Nuevo Leon in Monterrey, Mexico, where he subsequently completed a three-year clinical pathology residency.

After relocating to the United States, Dr. Lazcano finished a special fellowship in hematopathology and immunohistochemistry at the Mayo Clinic in Rochester, Minnesota. He later completed an anatomic and clinical pathology residency at the Baptist Memorial Hospital System in San Antonio, Texas, followed by another anatomic and clinical pathology residency at the Scott and White Memorial Hospital in Temple, Texas, where he won the Clinical Scholar Award. He then returned to the Mayo Clinic for a hematopathology fellowship.

Dr. Lazcano has since developed a considerable professional career serving over a dozen hospitals in and around the Brazos Valley area, including five hospitals in the St. Joseph Regional Health System. He was Laboratory Director of the Brenham Clinic, the College Station Medical Center, and The Physicians Centre, all in Bryan, Texas. He has served Brazos Valley Pathology as a Staff Pathologist for over two decades.

Dr. Lazcano is a fellow member of the College of American Pathologists, and also belongs to the American Society of Clinical Pathologists and the Brazos Valley Physicians Organization. He is also on the Aurora Diagnostics Hematopathology Council and Laboratory Medicine Council. He holds full medical licensure in New Mexico and Texas and is board certified in anatomic and clinical pathology by the American Board of Pathology.

Over the years, Dr. Lazcano has coauthored ten articles that were subsequently published in peer-reviewed medical journals.