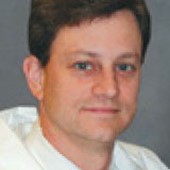 Cunningham Pathology, a Sonic Healthcare anatomic pathology practice is privileged to include Jeffrey Calbeck Warner, M.D., as a valued member of our medical staff. Dr. Warner has extensive professional experience with an impressive academic background.

Dr. Warner graduated with senior honors and distinction from Valparaiso University in Indiana with a Bachelor of Science degree in biology and chemistry. He received his medical degree from the Indiana University School of Medicine in Indianapolis.

Dr. Warner went on to finish a five-year anatomic and clinical pathology residency at the Methodist Hospital of Indiana, during which he served as Chief Resident in his final year. He then completed a surgical pathology fellowship at the University of Alabama in Birmingham.

During his medical education, Dr. Warner garnered a wealth of teaching experience. He was a Resident Pathology Instructor for junior and senior pathology residents at the Methodist Hospital of Indiana, for which he won the award for outstanding resident teacher. He taught a series of didactic pathology lectures at the University of Alabama hospital, where he was also a coordinator and the Chief Presenter of tumor boards, urology pathology conferences and otolaryngology pathology conferences.

Since completing his postgraduate training, Dr. Warner has had a considerable professional career. He has worked on the staff of a dozen Alabama hospitals, and was the Medical Director of both Woodland Medical Center and the Cullman Regional Medical Center. For the latter, he was also a member of the Medical Executive Committee, the Quality Management Council, and the Cancer Committee. He has worked with Cunningham Pathology since 1993, currently serving as Cytology Director.

Dr. Warner is a member of ten professional medical organizations, including the American Society for Clinical Pathology and the Southern Medical Association. He holds full medical licensure in the states of Alabama and Indiana. He is board certified in cytology and anatomic and clinical pathology by the American Board of Pathology.

Dr. Warner authored and coauthored medical articles, several of which have subsequently been published in peer-reviewed medical journals.