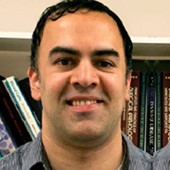 University Pathologists, a Sonic Healthcare Anatomic Pathology Practice, is pleased to include Ikjot Bhutani, M.D., as a member of its dynamic medical staff. Dr. Bhutani brings with him a knowledge indicative of his international training and extensive medical professional career.

Dr. Bhutani earned his medical degree from the Medical University of Silesia in Katowice, Poland, where he graduated with distinction as the recipient of the Sterling Scalpel award for the most outstanding student in anatomy. Subsequently, he went on to complete his anatomic and clinical pathology residency at the University of Cincinnati in Ohio, where he was the resident forum delegate for the College of American Pathologists. Dr. Bhutani transitioned to his selective surgical pathology, and breast and gynecological pathology fellowships, both at the University of Massachusetts in Worcester.

Upon completion of his postgraduate training, Dr. Bhutani began serving as an attending pathologist and assistant professor of pathology at the University of Massachusetts Memorial Medical Group, where he led multidisciplinary tumor boards, and worked as a staff pathologist alongside university pathologists.

Over the years, Dr. Bhutani has developed extensive teaching and professional experience. He holds medical research publications and has presented abstracts at multiple professional meetings for the College of American Pathologists. He actively participates in multidisciplinary conferences in the teaching and discussion of pathology findings of cases across a variety of organs and organ systems, including breast, gynecologic, head and neck, genitourinary, and gastrointestinal systems.

Dr. Bhutani holds full medical licensure and is board certified in anatomic and clinical pathology.