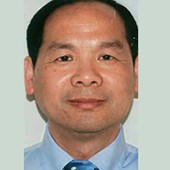 University Pathologists, a Sonic Healthcare Anatomic Pathology Practice, is pleased to include Eric Y. Han, M.D., F.C.A.P., as a member of its dynamic medical staff. Dr. Han brings with him a knowledge indicative of his international training and extensive medical professional career.

Dr. Han earned his medical degree from the Wuhan Tongji Medical University in Wuhan, China. He then graduated from the Peking Union Medical College in Beijing, China with his Master of Science degree in infection and immunology, where he was also the recipient of the Young Scientist Award and was twice awarded the Scientific and Technological Achievement Award.  Subsequently, he moved to the United States to complete his postgraduate training with a pathology residency at the New York University School of Medicine in New York City, NY. He went on to complete a cytopathology fellowship at the M.D. Anderson Cancer Center of the University of Texas in Houston.

Upon completion of his postgraduate training, Dr. Han began holding key positions in hospitals and practices across the Northeast, working as a laboratory assistant director, and laboratory director of both Northern Dutchess Hospital in Rhinebeck, New York, and Elleville Regional Hospital in New York. He was also the laboratory director of the Ambulatory Surgery Center in Poughkeepsie, New York, as well as a staff pathologist at Bio-Reference Laboratories, Inc.

Over the years, Dr. Han has developed extensive professional experience. He holds medical research publications and articles in peer-reviewed medical journals and textbooks, as well as numerous abstracts and academic presentations at scholarly meetings and conferences. He is an active member of the College of American Pathologists and the American Society for Clinical Pathology.

Dr. Han holds full medical licensure and is board certified in anatomic and clinical pathology, and cytopathology.